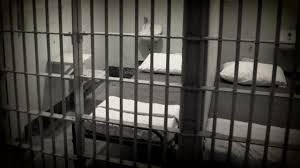 Our new life of staying at home gives us time to dig deeper into learning about our criminal justice system, and efforts to reform it.  The website has been updated to include links to some important new reports for us to study on criminal justice issues, including

A new comprehensive report of the U.S. Civil Rights Commission on Women in Prison: Seeking Justice Behind Bars.

But this is also an urgent moment for advocacy, for the immediate reduction of the populations of our prisons and jails.  All states and counties must release large numbers of prisoners and must refrain from incarcerating additional low-level offenders and those pending trial for the duration of the current crisis in order to reduce the impact of the upcoming outbreaks of COVID-19 in the tight confinement of incarceration, which will otherwise lead to an epidemic of deaths of those who are incarcerated, especially those who are older and weaker, and a massive public health crisis as those concentrations of the disease spill into the general population.

Please respond immediately by supporting efforts underway to demand that public officials at all levels exercise the power that they have to release large numbers of prisoners who pose little or no danger to society.

In Illinois please use the links and scripts that we have provided in the attached documents on Getting Involved and on Issue Advocacy in Ilinois to correspond immediately with State’s Attorney Foxx, Chief Judge Evans, Sheriff Dart, Governor Pritzker and Illinois Department of Corrections Director Jefferies, asking them to take the emergency actions that they have the authority to take now to reduce prison and jail populations to mitigate this crisis

I have also provided links to more information about how those who are incarcerated, especially those who are elderly or physically compromised, are at heightened risk of death from COVID-19 as a result of their confinement and about how failure to release older prisoners now, to allow them to obtain the social distancing that is not available in prison, will most likely result in a local and national public health crisis.