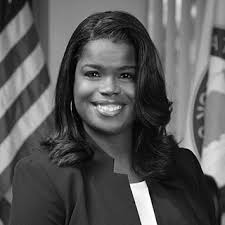 From  the Desk of John McLees:

There are also important opportunities for advocacy:

Please pay particular attention to the information at https://www.cookcountystatesattorney.org/data about the pioneering data driven approach that State’s Attorney Foxx has implemented to achieve just outcomes and to inform the public.

Unfortunately, we face a situation in which the leadership of the Federation of Police has tried to subvert her efforts to bring justice and transparency to the operation of the prosecutor’s office in Cook County ever since she was elected in 2016.

Now the FOP has escalated these efforts into an all-out attack, using the Jesse Smollett matter and whatever else to smear State’s Attorney Foxx in order to achieve its real objectives of rolling back her efforts to hold police accountable for how they interact with the public, to level the playing field for everyone who goes through the court system, to challenge wrongful convictions, and to eliminate excessive incarceration.

See a Sun-Times assessment of the situation at https://chicago.suntimes.com/politics/venom-directed-at-kim-foxx-is-about-taking-down-an-african-american-reformer/.

Please make use of the opportunities that we have now and that we will have in coming months to support her work.  These include:

Every citizen of Cook County, including every good police officer working to keep us safe, has a stake in making sure that Kim Foxx succeeds in her efforts and that the Chicago Federation of Police fails in its campaign to discredit her and to destroy her reform agenda.

It is time for citizens to resist the FOP by all means possible and to demand that all public officials reject and condemn its racist campaign.

Thank you as always for your interest and for all of your efforts to improve our system of justice and to let others know of the resources available for learning and for getting involved, including those mentioned in the attachment.